It is smart for national governments to set national urban/village default speed limits of 20mph or 30km/h.

Local governments in towns, cities and villages around the world are rejecting nationally set 30mph or 50km/h speed limits as no longer “fit for purpose” in meeting the needs of citizens and society. 20mph or 30km/h is now seen as the maximum safe speed limit where motor vehicles mix with pedestrians and cyclists unless there are adequate segregated and crossing provisions.

Most countries have nationally set default speed limits for urban/village roads. The 30mph or 50km/h default speed limit had no science behind it and most were adopted many decades ago when motor vehicle usage was much lower. Since then, the challenges in society to protect vulnerable road users, advance active travel, increase public health, increase equality, reduce emissions and the sheer numbers of motorised vehicles now require a re-think of what should be the maximum speed where motor vehicles mix with pedestrians and cyclists.

In the UK a third of people live in places where local authorities have rejected the national 30mph limit. Whilst central governments may well say this is “localism in action” it is clearly also reflecting the “national inaction” by central governments. In doing so, local 20mph or 30km/h implementations have huge extra costs because they are not the national norm.

Some countries have already recognised that their current national 30mph or 50km/h limits are no longer fit for purpose. Wales[1] is in the process of setting a national 20mph urban/village limit and Spain a similar national 30km/h limit.

At global level the UN, WHO and road safety NGOs are calling for 20mph or 30km/h to be the urban/village default. It is the sole focus of the UN Global Road Safety Week[2] #StreetsforLife and seen as foundational for the UN’s 2nd Decade of Action on Road Safety. 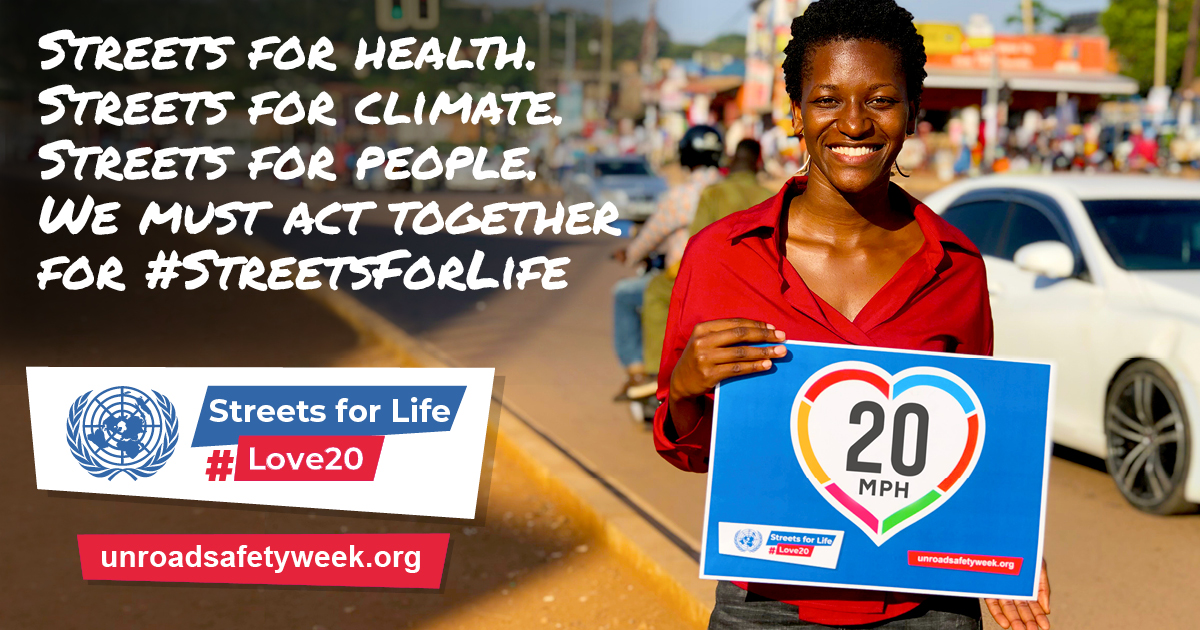 In the UK you can email your MP to call on the government to #ActOn20mph at www.20splenty.org/ungrsw-ukmp