Call for a 20mph Default Speed Limit for London

The Coronavirus pandemic has seen unprecedented changes to London streets and roads with a huge reduction in the number of journeys that people make as Londoners stick to the instruction to stay at home. While the largest falls have come in the use of public transport (tube use is down by 95% and bus use by more than 90% to 13th April), falls of more than 75% have been recorded in traffic volumes and the emptier and quieter streets (and even birdsong!) are instantly recognisable to anyone living in the capital at the moment.

Also recognisable as the etiquette of social distancing takes hold, is the need for people to maintain their distance from others when they are out and about. There are a number of reasons why our streets are being used differently now:

All of these can push people into the road itself and if that happens, they need vehicles to be moving very slowly as they pass. Cycling too has become far more popular as people dust off bikes that may not have been used for many years and get their daily exercise on their bike. Children too, cooped up for long periods in flats, are venturing forth with parents and carers on bikes enjoying the freedom that their daily exercise allows.

Everyone needs to know that the roads they are using are safe and the speeds that motor vehicles travel at as they pass them is key to their feeling and being safe. Although the numbers of people killed and seriously injured on London’s roads have fallen over the past 30 years, still more than 30,000 were killed or injured in 2018 and of those more than 4,000 were killed or seriously injured[1]. This creates a huge additional pressure on the NHS in London where the impact of the pandemic has been particularly severe. Although London makes up just 15.9% of England’s population[2], 25.8% of all confirmed cases in England (15th April) had occurred in the capital[3].

The reason that we campaign for lower speed limits is the positive difference that they make. If we reduce motor vehicle speeds in built-up areas to a maximum of 20mph we know that the number of people killed and seriously injured falls by 42%[4]. But there are other benefits as well; research (from Graz in Austria) shows that where speeds fall to 20mph/30kph the numbers of people cycling and walking also rise[5].

While we understand that 20mph speed limits alone are not enough to create safe roads and streets, London has made huge progress in recent years. The TfL map below[6] shows that 20mph speed limits (shown in green) cover a huge part of the capital with more boroughs likely to follow including Richmond-upon-Thames and Redbridge and, subject to consultations, Westminster and Kingston-upon-Thames. 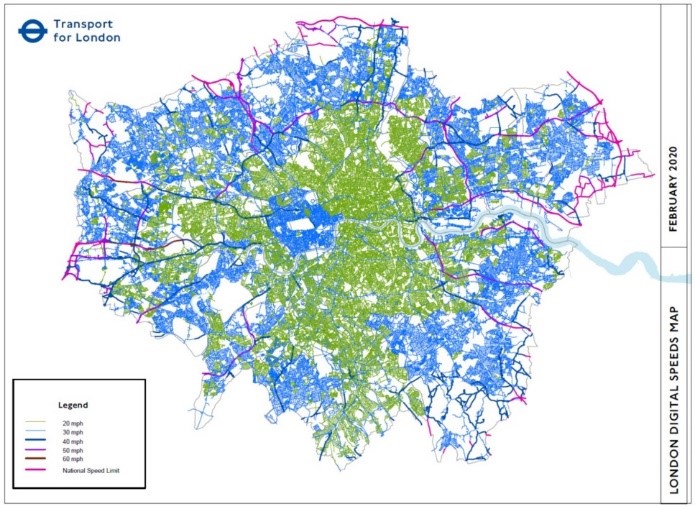 As well as encouraging and enabling the boroughs to go 20, TfL themselves have been implementing 20mph limits on their own Red Route network since 2013 with all of the Red Routes roads inside the Congestion Charging Zone going 20 in March 2020 and 37 more locations scheduled to go 20 in the next few years. 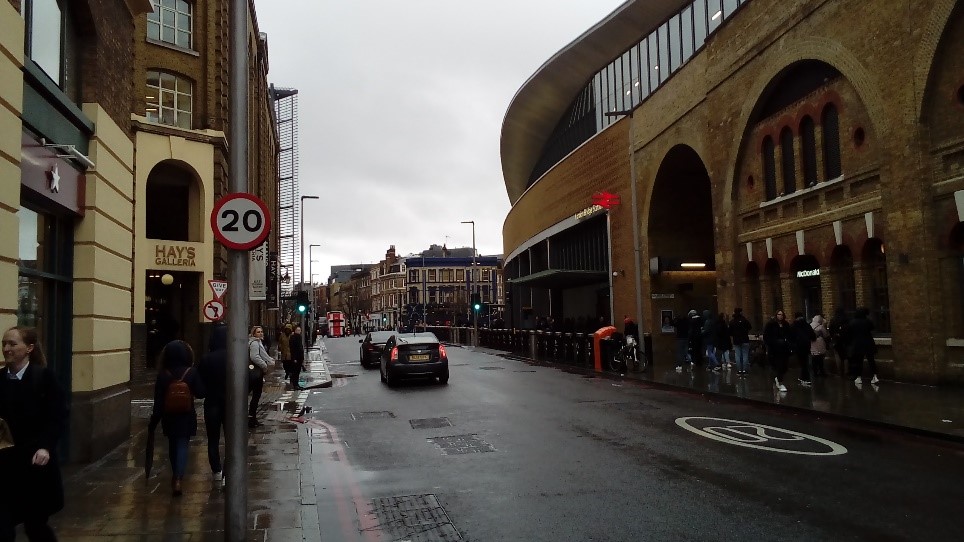 TfL has been a strong advocate for a 20mph default speed limit as part of its programme to reduce fatal and serious road casualties in London to zero by 2041 (Vision Zero). In its Vision Zero Action Plan[7] of July 2018, it called on the UK Government to amend the default urban speed limit to 20mph in order to “reduce danger, create more attractive streets for walking and cycling and boost the local economy in urban centres”.

TfL have also worked extremely hard to make 20mph limits more effective. Research shows that introducing 20mph limits on their own will reduce average vehicle speeds by up to 2mph[8]. While this appears relatively small, when casualties have been shown to fall by up to 6% for every 1mph reduction in average speed[9], even these changes alone can make a positive difference to the numbers of people killed and seriously injured. BUT it is clear that there is more work to do and TfL have set out a series of measures to make lower speeds more effective including:

So the building blocks are in place for far greater compliance with existing and lower speed limits over the next few years and we know that reducing speeds will save lives AND reduce the burden on the NHS struggling to cope with the Covid-19 emergency and facing an additional burden from large numbers of these preventable road injuries.

We believe that it is time for the default speed limit across London to be reduced from 30mph to 20mph. This would not be a blanket speed limit but the default; roads that justify higher limits can of course be excepted and revert to 30mph. Although this presents difficulties with the proliferation of Highway Authorities in London (TfL, the Highways Agency and the 33 individual London boroughs (inc. the City of London)), it is vital that the protection that lower limits and lower speeds can offer is broadened to all Londoners irrespective of where they live in the capital. The current pandemic amplifies this imperative not only to protect the lives of Londoners but also to reduce the burden on the NHS and those medical staff who are working so tirelessly to keep us all safe.

[4] London School of Hygiene and Tropical Medicine study published in 2009 as 20mph Zones and Road Safety in London http://www.bmj.com/content/339/bmj.b4469