Merry Christmas to everyone wanting safer and healthier streets 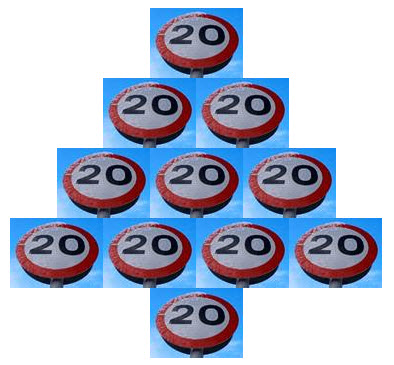 2017 has been a very successful year for our movement. We have made some great strides forward, not only in the UK but also with new friends and like-minded people throughout the world.

We started off the year working with the World Health Organisation on their speed management policies which resulted in us developing the Slow Down Day Toolkit used in over 1,000 events in the 4th UN Road Safety Week in May. We were involved in presenting on their behalf at global conferences. They have made the important statement that :-

““A safe speed on roads with possible conflicts between cars and pedestrians, cyclists or other vulnerable road users is 30 km/h (see Table 2). To achieve these safe speeds, local authorities should have the legislative power to reduce limits as needed to better protect all who use the roads. In addition, drivers should be informed of limits through sign-posting the legal speed limit on roads and rigorously enforcing the law.”

We have been helping Mark Ruskell MSP make progress on his Private Members Bill for a 20mph default on Scottish urban and village roads. This now has the support of 25 MSPs across multiple parties and has therefore moved forward for consideration by the Scottish Parliament in mid 2018.

Our county wide campaigns have been developing strongly where multiple town and village campaigns work together. This is happening in Kent, Essex, Surrey, Shropshire, Isle of White and other counties.

We now have 385 local campaigns including Ireland, Canada and USA. We are increasingly gaining interest from around the world.

We have had a successful Birmingham conference and also assisted in local conferences. We have also presented at many conferences including :- Cycle City Active City in Bradford, Healthy Streets in London, Aging in Leeds, UN Road Safety Council in Bangkok, Global Alliance of Road Safety NGOs in Kuala Lumpur, The Academic Lecture for the RSA in Dublin and at the Association of Irish Local Government in Sligo

20mph limits play a key role in Vision Zero and this is being seen in London, Birmingham and other cities.

We have published 24 briefing sheets and press releases providing important updates on all aspects of 20mph limits. These have often been a fast response to breaking news and developments.

Anna, Jeremy and myself have been on numerous radio and TV programs explaining the benefits of 20mph limits with real credibility.

We have new 20mph areas being rolled out across the country, in London, Birmingham, Edinburgh and in shire counties such as Kent. 43% of Londoners (3.7 million) are now living on 20mph roads and in Inner London Boroughs it is 76% of the population.

Susie Morrow and Robert Molteno jointly won our Campaigner of the Year Award. I was also honoured to be given the Global Light of Hope Award by the Irish Road Victims Association. An organisation which like RoadPeace and Brake do so much to support the victims of the failure in our road environment and are strong 20’s Plenty allies.

Anna and Jeremy have done sterling work in supporting us all. They are both really passionate and professional about the work they do for 20’s Plenty.

And we wait and wait for the Atkins report to be published and still they have not engaged with us in developing their report apart from an initial meeting at the very start.

But most of all it is your efforts across the country and indeed world who are all supporting each other that makes the real difference. You are changing the way that people think about lower speeds and the safer, more liveable and more sustainable communities that come from your enthusiasm, vision and commitment.

On reflection, it is now 10 years since 20’s Plenty for Us was formed in November 2007. It has been a roller coaster of emotion, effort, engagement, friendship and success. We have all achieved so much in those 10 years.

So thank you for all your efforts, you should be proud of our collective success and achievement. We have much to do in 2018 and whilst it will not be without challenges, I am confident that it will be with many successes.

Have a Happy Christmas and New Year. I look forward to 2018 continuing the success of this great movement.

Best wishes from Anna, Jeremy and myself