On 5th June Hampshire County Council published a report reviewing its trial of 20mph limits. Whilst we believe that the trials were poorly implemented they still gathered support from communities and in our eyes were moderately successful. We were disappointed that rather than analysing what it could do better in providing future 20mph limits to communities the report chose to ignore its own failures in implementating best practice and instead recommend against future similar schemes.

Here we critique the report in detail and call on Hampshire County Council to review its policy on 20mph limits.

The following critique may be downloaded here

20’s Plenty for Us calls for Hampshire County Council to withdraw its report on the 20mph Pilot Programme and to press ahead with rolling out 20mph in residential streets across the county.

20’s Plenty for Us has conducted a detailed review of the report dated 5th June 2018 into Hampshire County Council’s 20mphPilot Programme[1].  We draw different conclusions from the Director of Economy, Transport and Environment.  Rather than rejecting 20mph, HCC should recognise the benefits that the pilot schemes have already brought to local communities in Hampshire and extend 20mph to all residential streets, including narrow residential rural lanes and town and village centres in the county. 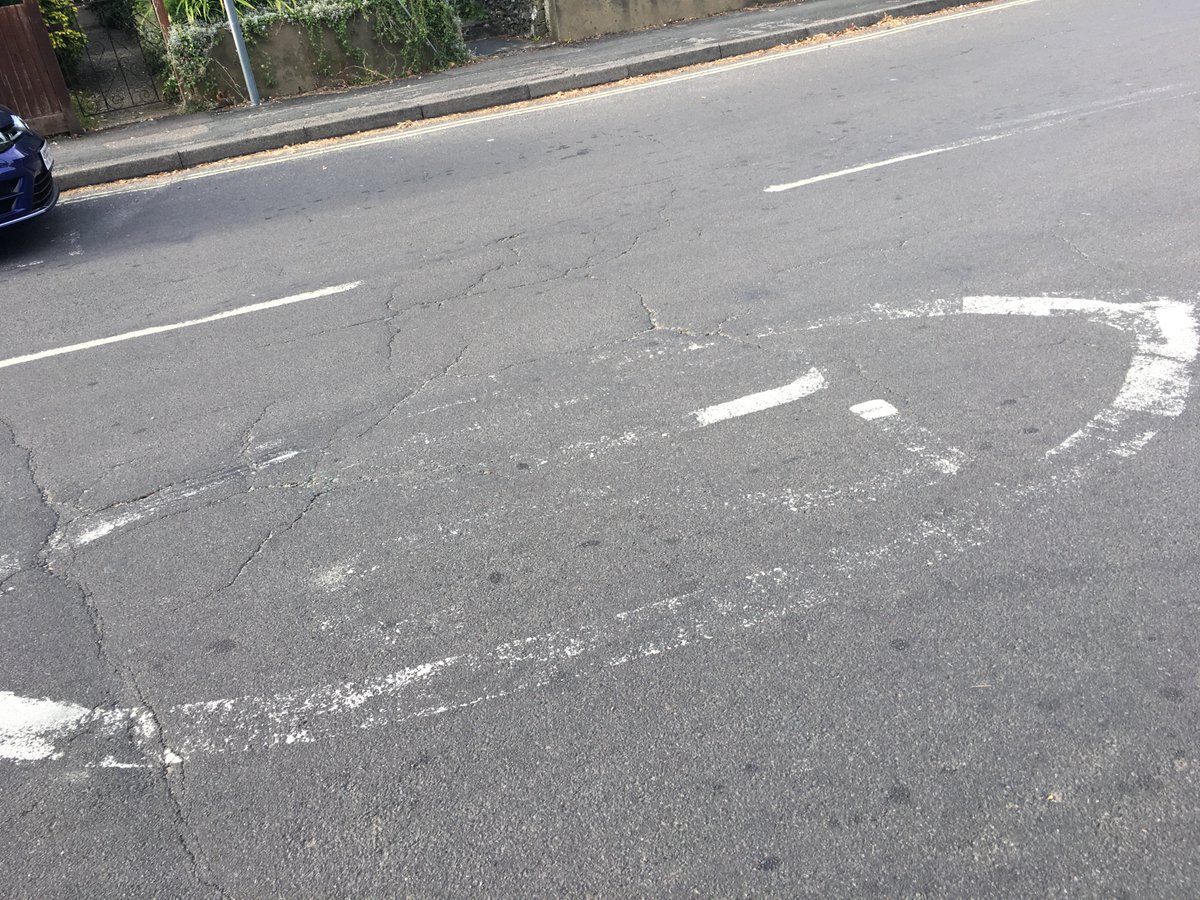 The report itself has a number of failings:

Most Local Authorities that have introduced 20mph have seen major benefits in terms of community support and engagement, lower speeds, casualties reduced by around 20%[2] and increased levels of cycling and walking.  It is clear that the pilot schemes are supported by the community and have brought benefits.  However, if HCC has not seen the same level of benefits of 20mph as other Local Authorities, then it needs to examine the pilot schemes in detail and learn lessons about how to achieve greater benefits. These could include:

None of the matters are explored in the report.

Detailed comments on the report

Our comments fall into four categories

Given Hampshire CC's record on road safety, it is hard to give credence to the report.  HCC is consistently in the top 3 worst performing Local Authorities in the country for people killed and seriously injured (KSI) on its roads – 757 in 2016.

It is urban roads which would benefit most from 20mph that are the most dangerous - 44% of all KSIs were on 30mph roads in Hampshire in 2016, including 57% of vulnerable road users KSIs.  A further 12% of KSIs occurred on 40mph roads.

There are many inaccuracies in the report, under four headings:

References to the DfT’s guidance on setting local speed limits from January 2013 [6] are incomplete and, therefore, misleading.

b. In HCC’s recommendations, the report proposes…

While we haven’t see the Traffic Management Policy from 2016, we note that the DfT criteria not limited to “locations where injury accidents (sic) attributed to speed are identified”.  In its introduction, the DfT guidance states:

Traffic authorities are asked to keep their speed limits under review with changing circumstances, and to consider the introduction of more 20 mph limits and zones, over time, in urban areas and built-up village streets that are primarily residential, to ensure greater safety for pedestrians and cyclists[7], using the criteria in Section 6.

Not only HCC has failed to ensure greater safety for pedestrians and cyclists as shown earlier, but by rejecting 20mph, the report fails to suggest future improvements.

c. The report omits the numerous benefits of 20mph highlighted in the DfT guidance. Although not mandatory, the clear implication is that DfT expects Local Authorities to introduce 20mph wherever possible. E.g. In the introduction to section 6, which gives the criteria for setting local speed limits, the DfT guidance says:

Traffic authorities can, over time, introduce 20mph speed limits or zones on:

Major streets where there are – or could be - significant numbers of journeys on foot, and/or where pedal cycle movements are an important consideration, and this outweighs the disadvantage of longer journey times for motorised traffic.

This is in addition to

Residential streets in cities, towns and villages, particularly where the streets are being used by people on foot and on bicycles, there is community support and the characteristics of the street are suitable.

As well as residential streets, the DfT expects major streets to be 20mph, unless the disadvantage of longer journey times for motorised traffic can be shown to outweigh the needs of pedestrians and cyclists.  HCC’s decision to cancel all future schemes directly contradicts this expectation.

d. Critically, the table showing how the DfT expects Local Authorities to set the appropriate speed limit for a particular road is missing.

e. Although there has been a benefit at some locations from a drop in the range of speeds, this is not highlighted in the report summary, ignoring the DfT guidance, which says:

The underlying aim should be to achieve a 'safe' distribution of speeds.

f. In deciding on the speed limit for a particular road, HCC ignores many of the DfT factors:

While these factors need to be considered for all road types, they may be weighted differently in urban or rural areas. The impact on community and environmental outcomes should also be considered[9].

In basing its recommendation entirely on the history of collisions and traffic speeds, HCC ignores the overwhelming support of residents and, in particular the needs of vulnerable road users.

2.      Wrong conclusions in report from the speed data shown.

a. Table 1 in the report, which shows the number of vehicles travelling at less than 20mph before and after the speed limits were introduced is a completely irrelevant measure. The question regarding speeds is not only whether there has been a reduction in average speeds, but also the range of speeds and, whether speeds over, say 30mph, have come down. The report contains insufficient details to draw such conclusions and we have submitted a Freedom of Information request for these.

b. Average speeds on their own are unreliable. We constructed the following example (Site 1) to show where the range of speeds had reduced by 10 mph and the top speed reduced by 5mph, but the average has gone up. This example shows success; in the HCC report, it would be shown as a failure

c. Even if we accept HCC’s own methodology and criteria, we draw different conclusions from the data submitted:

We note that the report does not state the number of vehicles exceeding 30mph.

Table of locations, average speeds, range of speeds before and after implementing 20mph limits

(*) report wrongly states that before and average speed are >24mph.

At section 9, the report states that “signed-only 20mph schemes generally achieve relatively small speed reductions of 1–2mph.”  Even if this were the case, the research evidence is that a 1mph reduction in speeds brings a 6% reduction in casualties, in itself a saving worth having.  It also ignores the recent findings from (e.g.) Bristol which shows an average of 2.7mph and, more importantly, greater reductions on higher speed roads.

The report states at section 10 that the research on the impact on Air Quality is mixed, but this ignores the latest evidence from NICE and from Wales, which show the benefits of 20mph:

a. NICE, which recommended 20mph as a way to improve air quality. https://ecf.com/news-and-events/news/nice-recommends-speed-limits-20mph-improve-air-quality

1. Since the success criteria of the tests are unclear, the assessments are invalid E.g. #2.1 states:

The schemes in question were selected in consultation with members of the County Council and the community after initial testing against a set of agreed criteria,

…but the criteria used are not specified.  The report does state:

…which implies that safety and casualty reductions were not the criteria used. Yet, Adrian Gray, the Head of Highways at HCC is reported in the Daily Echo of 12th June 2018 as saying

“The decision to implement this pilot was part of our traffic management scheme, in the pursuit of casualty reduction. However, we have found that the impact on traffic speeds were largely minimal”

As well as misleading – small decreases in average speeds can bring significant benefits – the statement contradicts the report in saying that casualty reduction was an objective.  If this were an aim, then alternative sites with more casualties would have been more appropriate.

It is the Police’s job is to enforce all speed limits and we doubt that Hampshire Constabulary would single out 20mph for “lack of enforcement”.  If so, then they need to refer to ACPO (now NPCC) guidance from October March 2013, which stated “We can clearly state that it is incorrect to say that police officers are not enforcing 20mph speed limits.”[10]

However, the Police do not have the resources to enforce all speed limits at all times. It is, therefore, the role of the Local Authority to design schemes in a way that they are likely to achieve the required objective, including implementing Vehicle Activated Speed Limit Reminders and promoting, e.g. Community Speedwatch

3. Schemes omitted from the report. We understand that there is strong support for extending the town centre 20mph limit in Alton to other residential roads, yet there is no mention of Alton in the report.  We understand the scheme is successful, despite concerns that the traffic calming measures were poorly designed.  Local residents were led to believe that the town centre was part of 'a pilot' and that other 20mph limits would be postponed until the trial was finished.

If the trial is now finished, then the extensions should be implemented.  Further, if Alton has been excluded, the questions is whether there are other schemes which have also been omitted.

We await the outcome of a Freedom of Information request submitted to HCC to establish the robustness of the quoted conclusions. However, it is clear from the report that 90 casualties over 5 years – 18 per annum - across several schemes are too few to be statistically significant. In addition, some schemes have only been live for a few months and more data would be needed to confirm the impact of 20mph on casualties.  Larger case studies in other areas – Bristol, Edinburgh, Portsmouth – show clear benefits, with reductions averaging 20%.

[4] Earliest available data to the author