Speed limits of 20mph in built-up areas will become the “default” for drivers across Britain in a matter of years, the architect of the policy in Scotland has said.

Mark Ruskell, who proposed a Bill at Holyrood to make 20mph the standard on residential streets in Scotland in 2019, said a “generational shift” was already happening. In an interview with i-news, the Scottish Green MSP said the UK had reached a “nationwide tipping point” on the issue and that he believed most residential streets would soon be 20mph.
Mr Ruskell’s Bill was eventually voted down at the Scottish Parliament, but the plan has since been taken up in Wales which is implementing its own nationwide policy next year. From September 2023, Wales will become one of the first countries in the world and the first part of the UK to make 20mph the default limit on all roads in residential or built-up areas. Meanwhile, dozens of councils in Scotland and England – as well as numerous London boroughs – have taken their own action, adopting 20mph limits in similar areas. According to the campaign group 20’s Plenty for Us, an estimated 26m people in the UK now live in an area where their local council has agreed to implement such a policy. 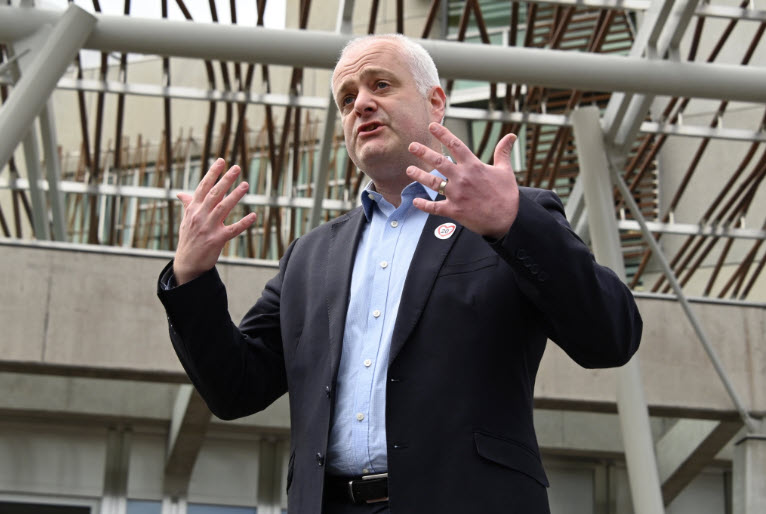 Mark Ruskell has been lobbying for a 20mph speed limit in Scotland since 2019 (Photo: Getty)
In Northern Ireland the default speed limit is still 30mph in built-up areas, although 20mph zones have been trialled in Belfast and adopted outside hundreds of schools at busy times.
“I think we are at a nationwide tipping point, and I think in a few years’ time, the whole UK will inevitably be 20mph as default,” Mr Ruskell says. “There will be exceptions that will be needed on urban roads that are more arterial in nature, for key bus routes into towns and cities, but 30mph will no longer be the default speed limit where people live, work and play. It has been the default for generations, and now it’s not.”
In September, a study on the widespread introduction of 20mph speed limits in Edinburgh found that the policy cut road deaths by a quarter and serious injuries by a third.
The limit was applied to around 80 per cent of the Scottish capital’s streets in 2016 by the city’s council, with the aim of cutting accidents and encouraging more walking and cycling.
The study, published in the journal Public Health Research, found that :
However, despite its head start on the issue, Scotland has yet to introduce the policy nationally. The SNP’s coalition agreement with the Greens states that all “appropriate” roads in built-up areas will have a speed limit of 20mph by 2025, meaning that Wales will act first.

20mph around the UK

Wales
Legislation passed earlier this year means that Wales will become the first part of the UK to set a default 20mph speed limit on roads where cars mix with pedestrians and cyclists on 17 September 2023.Councils will be able to make exceptions for roads where 30mph limits should continue to apply, in consultation with local residents.
Scotland
A Bill proposing a national 20mph speed limit in built-up areas was rejected by MSPs in 2019, but the SNP-Green coalition agreement pledges to introduce the policy by 2025. Many councils already impose 20mph limits of their own.
England
There are no plans to introduce a national policy in the same way as Wales and Scotland. However, dozens of cities, councils and London boroughs already impose 20mph limits in built-up areas, such as Bristol, Brighton and Liverpool.
Northern Ireland
The default speed limit remains 30mph in built-up areas, although 20mph zones have been trialled in Belfast and adopted outside hundreds of schools at busy times.

Mr Ruskell says the fact Scotland had not acted more boldly “does weigh on my mind quite a lot”, as he is convinced that his Bill in 2019 would have saved lives had it been passed.
He recalls how when he was at primary school in England, one of his classmates was killed in a road accident, which had a “massive impact” on everyone who knew him. “I don’t know if speed was a contributory factor or not, but it emphasised to me just how big an impact a death, casualty or life changing injury can have – not just on the individual or the family but on the whole community as well,” he adds.
Ahead of the widespread introduction of 20mph in cities such as Edinburgh, some raised concerns that without stringent police enforcement, drivers would simply ignore the signs. But as the study published in September shows, this has proved not to be the case: merely seeing a 20mph sign is enough to make most people lower their speeds, even if this is to 25mph rather than 19mph. It is effectively “self-enforcing”, Mr Ruskell says.
Other research into the reasons why people speed suggests that for the majority it is accidental, meaning they respond well to 20mph signs that remind them they are in a residential area and should be driving more slowly. However, Mr Ruskell is concerned that the current situation where there is a patchwork of 20mph zones across the country could cause safety issues of its own, as drivers who are used to one system will be confused as they enter a different one.
“I’ve got relatives in Sussex and when you drive into Brighton, it’s 20mph everywhere. But you go to other councils in Sussex and there’s not a single 20mph in sight,” he says.
“In many ways the more inconsistency you have, the more it undermines a national limit, because if you live in Haywards Heath and you drive to Brighton, you might think ‘What’s all this about 20mph, I don’t have that back home so why should I stick to it?’ That’s the advantage of having a national, agreed approach.”
A Department for Transport spokeswoman said: “Decisions on speed limits remain a responsibility for local authorities in England. There are currently no plans to review the English national limits.”
This article first published by i-News 19/12/2022