Alwynne Cartmel of Little Lever initiated the campaign for wide 20mph in Bolton in 2011 with 20’s Plenty for Us. Alan Johnson of the Green Party pushed it ahead with a petition in 2013 with hundreds of signatures. Campaigners got the local press involved and leafletted door to door.

In 2014 Labour, who control the council, and Cllr Nick Peel (Labour Environment member) agreed to support wide area 20mph limits but said they didn’t have the £1.4m (over) estimate of funding required. Alan wrote to the press saying Manchester had done it for less even though it was bigger and suggested public health funds.  He has put up posters saying 20’s Plenty and many times written to the press and councillors.

Cllr Bob Allen (Conservative) has supported 20mph and helped to get a motion passed.  The council are now quietly getting on with installing 20mph on minor roads. Horwich was first to go 20mph with Little Lever and soon Heaton and Lostock.

Alan is continuing to write to the authorities for driver education and enforcement. 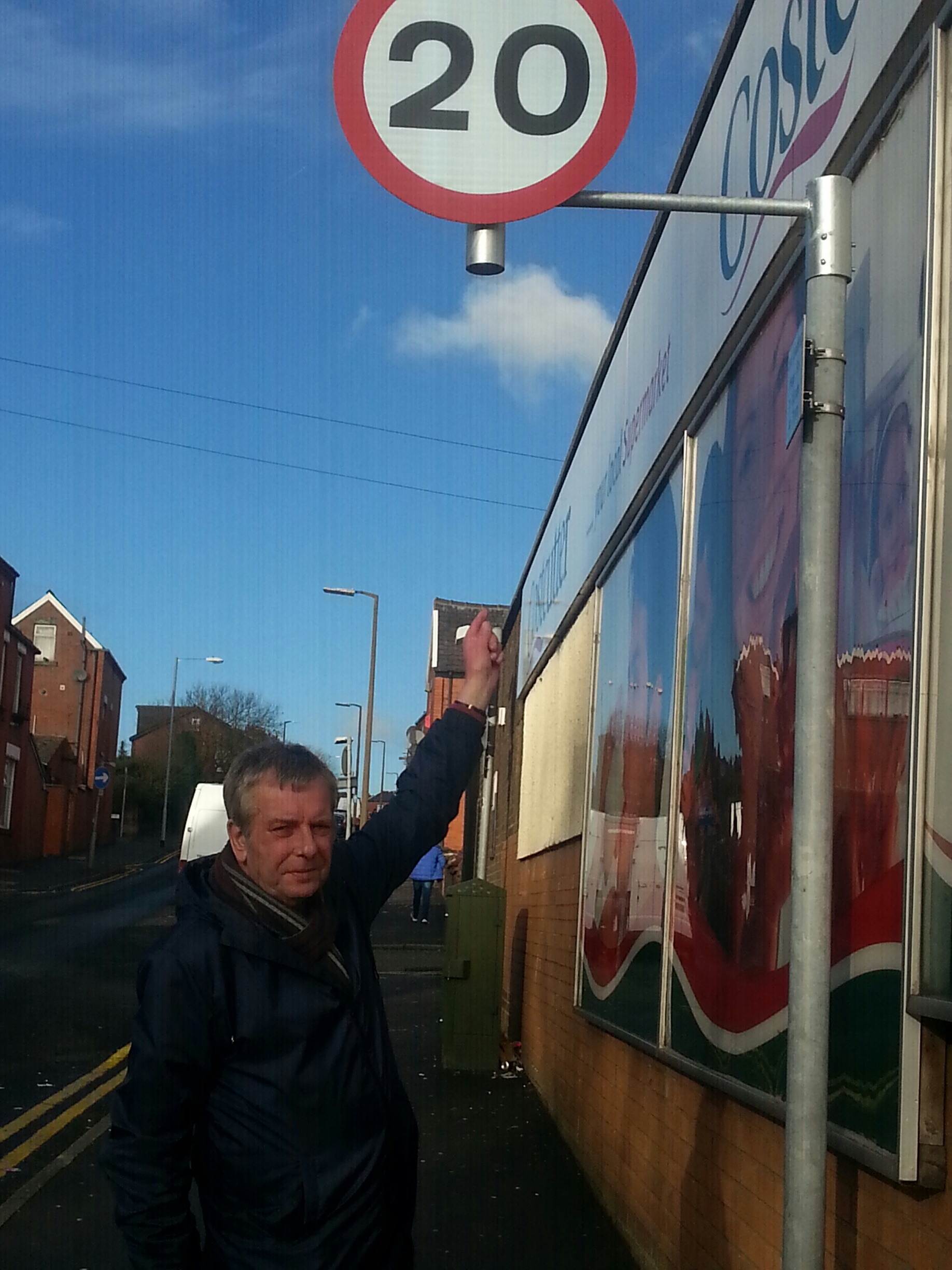