Sheffield city centre limits are to go 20mph.
20’s Plenty for Sheffield are celebrating another win. 30mph has been rejected in favour of 20mph as best practice. Campaigners are calling for a full driver engagement plan for behaviour change for safer streets.

On 17th October Councillor Jack Scott, Cabinet Member for Transport and Sustainability announced that 20mph will be the new speed for Sheffield City Centre to make “roads safer, better for pedestrians and cyclists and improve air quality”.  Limit signage will be displayed by the end of 2017 following strong support for the 20mph in the August consultation.  Public feedback was sought on Council plans to provide a new 20mph zone on more than 300 roads in the city centre, encompassing nearly every street apart from a few major thoroughfares such as Arundel Gate, Derek Dooley Way and Sheaf Street.

Sheffield City Council committed to a gradual wide area 20mph rollout in 2012. 20mph limits predominate in about a third of residential areas including Darnall, Gleadless Valley, Heeley and Stannington. Next is the city centre. 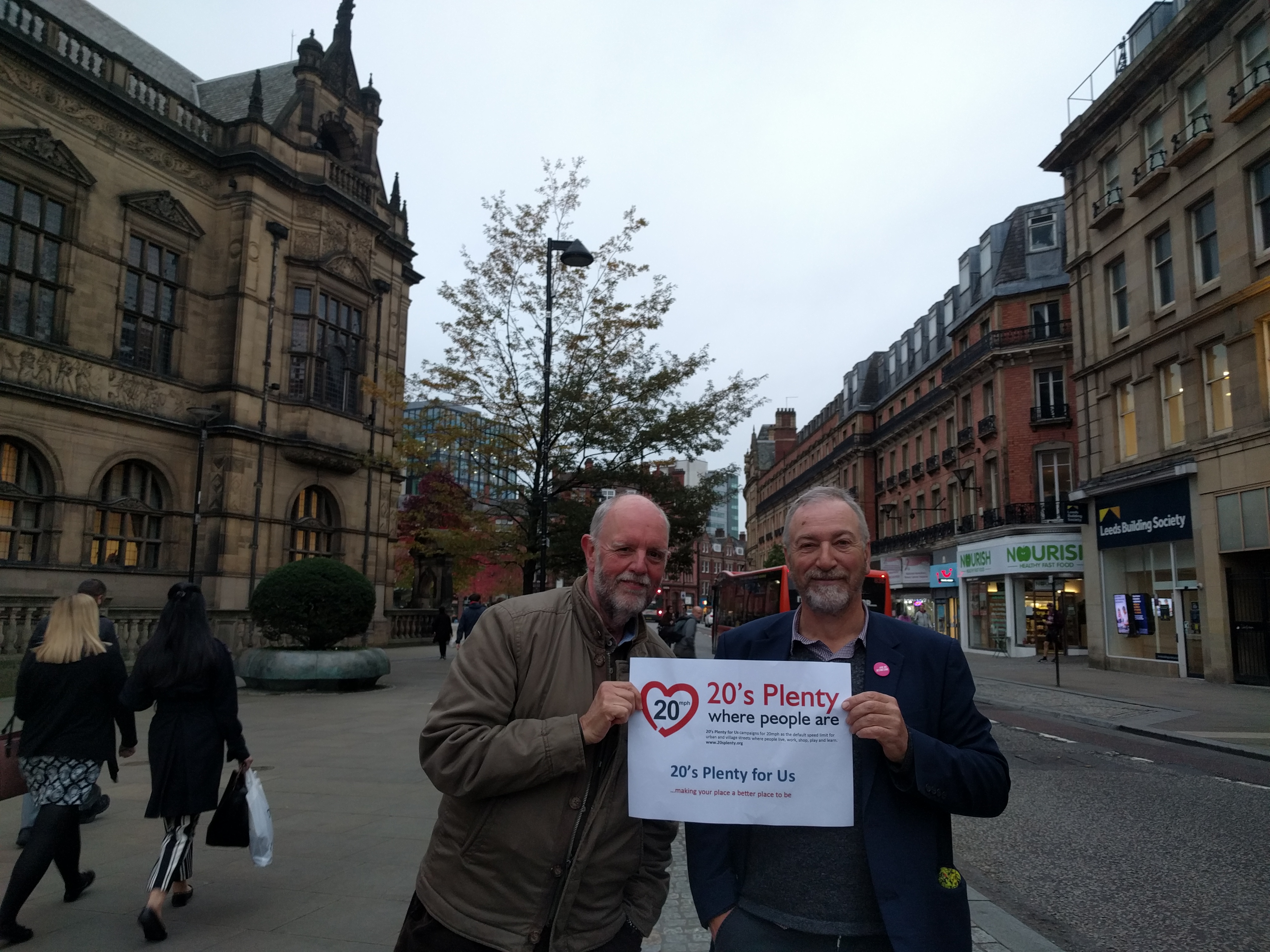 Richard Attwood, Simon Geller (right in pic), Prof Peter Marsh (left in pic) and Ian Loasby  are delighted with the 20mph city centre news. As part of 20’s Plenty for Sheffield they have long campaigned for lower road speeds. They are motivated by the wish that they, their friends, families and neighbours might feel able to safely choose more sociable, healthy, convenient and environmentally sound means of getting about.

Sheffield, Calderdale and York going 20mph are beacons for other Yorkshire places to follow. 15million people live in UK places where 20mph is normal.  Worldwide 30mph is being ditched for 20mph as the emerging best practice norm where people matter more than vehicles.

Cllr Scott said :
“I’m pleased that the 20mph consultation was received so positively. This Labour Council is absolutely determined to improve road safety throughout the city and 20mph zones play a big role in this. Not only do speeds reduce, there’s a reduction in the severity of the accidents and an improvement in air quality”.