Cardiff to set 20mph limits across the city

20mph limits are coming to Cardiff. The Welsh capital is joining most of inner London and Edinburgh setting 20mph for most roads. This marks a shift in Wales and in funding 20mph with motoring fines. It’s confirmation of 20mph for UK capital residents and as a universal aspiration for those in built up areas. 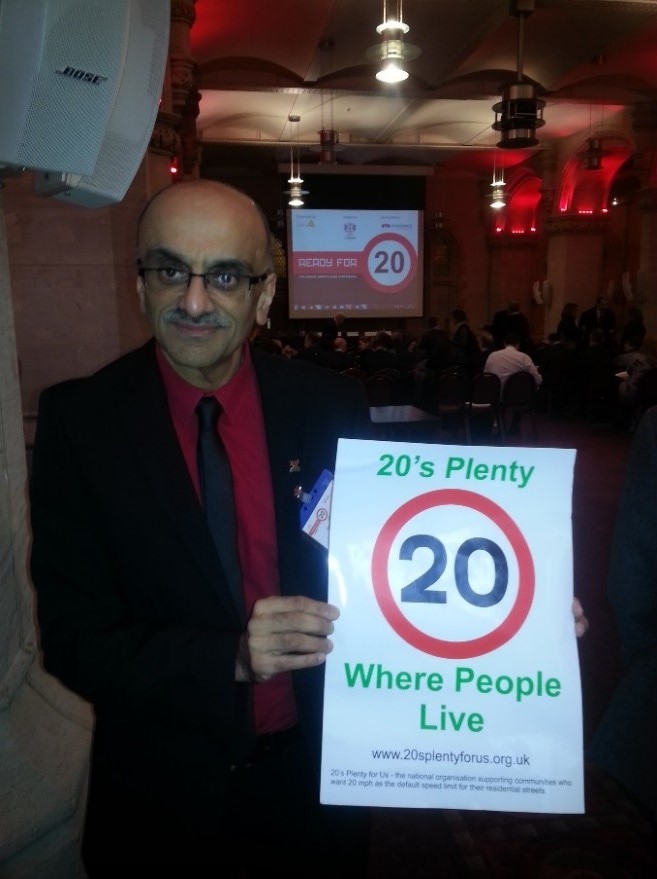 20mph funding was included in the Cardiff budget.  It will be part paid by traffic infringement driver fines including those from drivers in bus lanes. This funding stream for 20mph is ground breaking as the first of its kind in the UK.

The Cathays and Plasnewydd area of Cardiff has already benefitted from 20mph limits.  A consultation backed the scheme in summer 2013 and it was installed in Spring 2014.

20mph limits are being embraced by other large and capital cities in the UK and abroad.  The majority of the largest 40 UK authorities have a 20mph policy including other capitals – City of London and 80% of inner London boroughs, Edinburgh and the centre of Belfast. Paris, Milan and Grenoble are examples of European places announcing 30kph (18mph) limits too.

“The Council is committed to making Cardiff’s roads safer to encourage more people to walk and cycle.  Keeping speeds low in residential areas is important and 20mph speed limits can potentially contribute to this.  20mph limits for parts of Riverside and Canton could potentially be delivered in 2016/17. Further plans are for parts of Grangetown and Gabalfa.  New 20mph limits will be subject to legal approval through Traffic Regulation Orders which will be subject to public consultation.”

Rod King MBE, Founder of 20’s Plenty for Us commented:-

“That Cardiff is going 20mph is key for Welsh people.  What a capital does often sets the standard for others to follow. We expect Cardiff’s lead to mean that many more Welsh places will announce 20’s Plenty. “