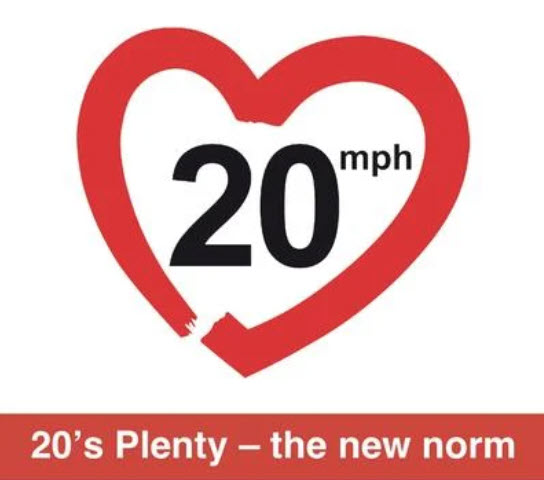 20mph limits are already being delivered to 28 million people in authorities in the UK and are becoming the norm for rural communities as well as towns and cities.

The world is changing its perspective on what is an appropriate speed for motor vehicles wherever they share public spaces with people. 30km/h or 20mph is becoming the new global norm for urban and village streets shared between motors and people.

Gone are the days of designing our streets around cars. Instead, there is a recognition that a healthy city, town or village needs a far better balance in risk and convenience between the people inside and those outside motor vehicles. With most of the larger urban authorities having already set a 20mph limit as a norm it is increasingly clear that what is good for residents in cities is also good for residents in towns and villages. Already thousands of parish councils have called on their county council to set a 20mph limit as a norm. Some counties have already done so.

This conference will feature several counties who are saying 20’s Plenty for our places too. We will feature a session where the Welsh Government and the Welsh Local Government Association will provide their plans to replace the national 30mph limit with a 20mph default with exceptions. Enabling legislation has already been passed and this will take effect on 17th September 2023.

The conference will provide an in-depth perspective of the challenges and opportunities for 20mph in shire counties and rural communities. It will reveal not only how it may be done successfully but also demonstrate the outcomes from such a change.

The conference will feature:

It will provide informed and focussed presentations for the following attendees:

How Wales is implementing a national 20mph default urban/village limit

20mph limits as a foundation for the next decade of change

How communities help authorities to understand the level of public support

Delegate fees are set to provide a very cost-effective and informative day for delegates.

For Public Sector delegates the fee is £95

For Private Sector delegates the fee is £175

Delegates can register at the Landor Links webpage

Here are the 60 second videos we recorded at our 20's Plenty for Wales Conference from presenters and delegates.

Note that this page may take a while to load.

A sell out conference of 100 delegates met in Cardiff to share best practice on how to make streets healthier in Wales by reducing road risk at source through 20mph limits with a focus on 20mph as a national urban default.

City of London hosted the 7th National ‘Ready for 20mph’ conference in its prestigious Guildhall on 26 February. The UK’s big players on 20mph gave presentations to almost 100 attendees.

Cardiff’s cabinet member for Transport announced it will go 20mph.